Power Rangers Ninja Storm is an American television series and the eleventh season of the Power Rangers franchise, based on the Super Sentai series Ninpuu Sentai Hurricaneger. The season marked a series of firsts in the franchise, being that it was the first to be filmed in New Zealand, the first to not be produced by MMPR Productions, and the first to air on ABC in its entirety; debuting on February 15, 2003 on ABC Kids.

Shane Clarke, Tori Hanson and Dustin Brooks are three students at the Wind Ninja Academy. Their less than stellar performance and tardiness gets them the occasional lecture from their Sensei, Kanoi Watanabe. One day, the academy is attacked by Lothor, a banished ninja master and Kanoi's brother, who has returned to capture all the ninja students. Shane, Tori and Dustin are the only three remaining students, and along with Sensei, who has been transformed into a guinea pig by Lothor, and his son Cam Watanabe, retreat into the underground Ninja Ops. There, the three are given Wind Morphers, which allow them to transform into Wind Power Rangers and protect the city of Blue Bay Harbor from Lothor's forces.

When Lothor demonstrates his ability to make his monsters grow, the Rangers unleash the Ninja Zords, which could combine into the Storm Megazord and destroy monsters with its arsenal of Power Spheres, activated by special ninja power disks. Lothor again raises the stakes by sending his new allies to battle the Wind Rangers - the Thunder Rangers, Blake and Hunter Bradley, who had their own Thunder Zords. The Thunder Rangers are on a mission to destroy the Wind Rangers' Sensei, who they believed to be responsible for their parent's death, but a visit from the afterlife from Blake and Hunter's parents show them the truth - that it was Lothor who killed them. The Thunder Rangers see the error of their ways and join the Wind Rangers in the battle against Lothor, bringing the Thunder and Ninja Zords together to form the Thunderstorm Megazord.

When the Rangers lose their powers, Cam uses the Scroll of Time to travel into the past and retrieve the Samurai Amulet, a family heirloom in the possession of his late mother, where he discovers how Lothor rose to power. Cam returns to the present and uses the amulet to become the Green Samurai Ranger, armed with the Samurai Star Megazord, which later combines with the Rangers' zords to form the Hurricane Megazord. A lost scroll would later reveal to Cam the Lightning Riff Blaster, which could summon the Mighty Mammoth Zord.

In a last-ditch effort to take over the world, Lothor attempts to open the Abyss of Evil and release its evil. In a final battle, he steals the Samurai Amulet and uses it to take away all of the Rangers' powers. However the Wind Rangers combine their inner ninja powers to overpower Lothor and throw him into the abyss. After the battle, the powerless Rangers become ninja masters at the Wind Ninja Academy. 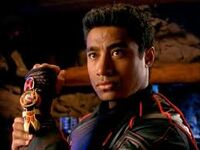 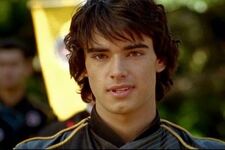 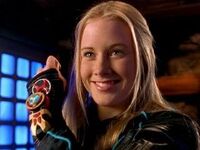 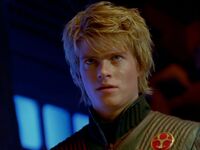 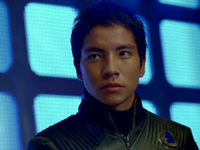 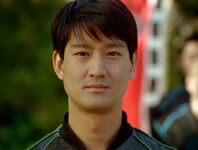 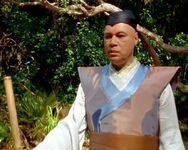 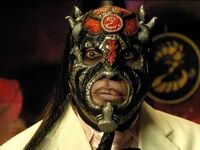 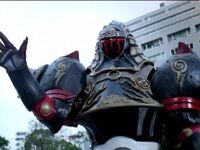 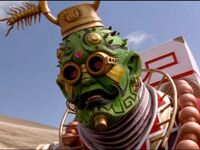 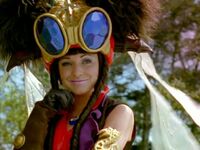 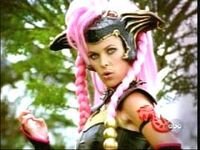 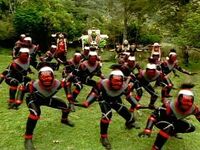