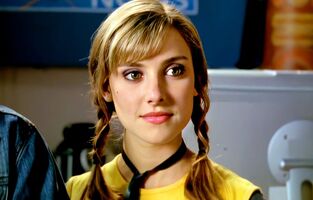 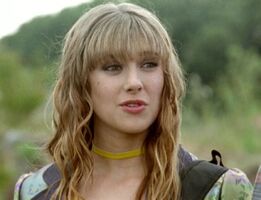 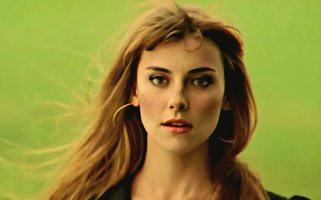 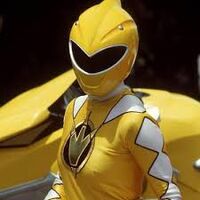 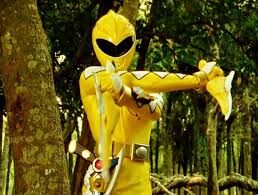 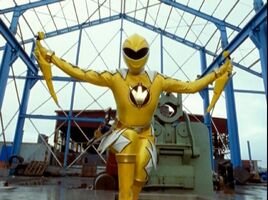 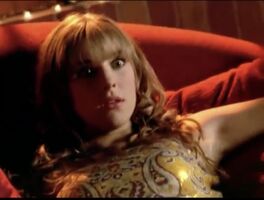 Kira Ford, played by Emma Lahana, is the main female protagonist and the Yellow Dino Ranger. She is a student and musician at Reefside High School where her musical activity in the first episode got her in trouble with Principal Randall.

Kira is determined to prove herself as an individual, and hides her femininity and insecurity behind a facade of toughness. She dresses in her own, carefully cultivated neo punk style. She is a talented singer and guitarist, playing the guitar as the front person to her own band. Kira uses her biting wit to hide her real emotions, except in her music, which reveals her passion and sensitivity. She is caring and funny, but does not always apply herself to her schoolwork, except in creative writing, at which she excels. A romance between Kira Ford and fellow Dino Ranger Trent Mercer was hinted at during the series, but never fully realized.

Of all the Dino Rangers, Kira had the most encounters with other teams of Rangers. Like her teammates she twice fought alongside Space Patrol Delta, teaming up with fellow Yellow Ranger Z and Pink Ranger Syd. Her memories of these encounters was subsequently erased, but she would later team up with Blue Ninja Ranger Tori Hanson and S.P.D. Ranger Bridge Carson again when they were selected-along with Black Ranger Adam Park, and Green Mystic Ranger Xander Bly by the Sentinel Knight to help the Operation Overdrive Rangers. She later rejoined her entire team though with Dr. Oliver foregoing his Black Ranger powers in battling the Warstar Armada alongside the Megaforce Rangers.

Kira was one of the Rangers that responded to Jason's signal and returned alongside her fellow Dino Rangers as part of the Legendary Dino Rangers army, fighting alongside Sir Ivan of Zandar and Kimberly Hart and defeating Snide with Conner and Ethan. When Evox summoned his massive Chimerazord, her team joined in summoning the Thundersaurus Megazord and aiding in its defeat. With Evox on the run again, the teams departed, with Kira and the rest of her team being happy to return to Reefside..

As the Yellow Dino Ranger, she controls the Pterazord, as well as wielding the Ptera Grips and Thundermax Saber in combat. She gained the power of Ptera Scream from her Dino Gem. It enables her to scream louder and higher than a normal human.